The 360 degree camera market size is expected to reach around US$ 4.64 billion by 2030, growing at a CAGR of 21.3% every year, according to a 2022 study by Precedence Research, the Canada-based market Insight Company. 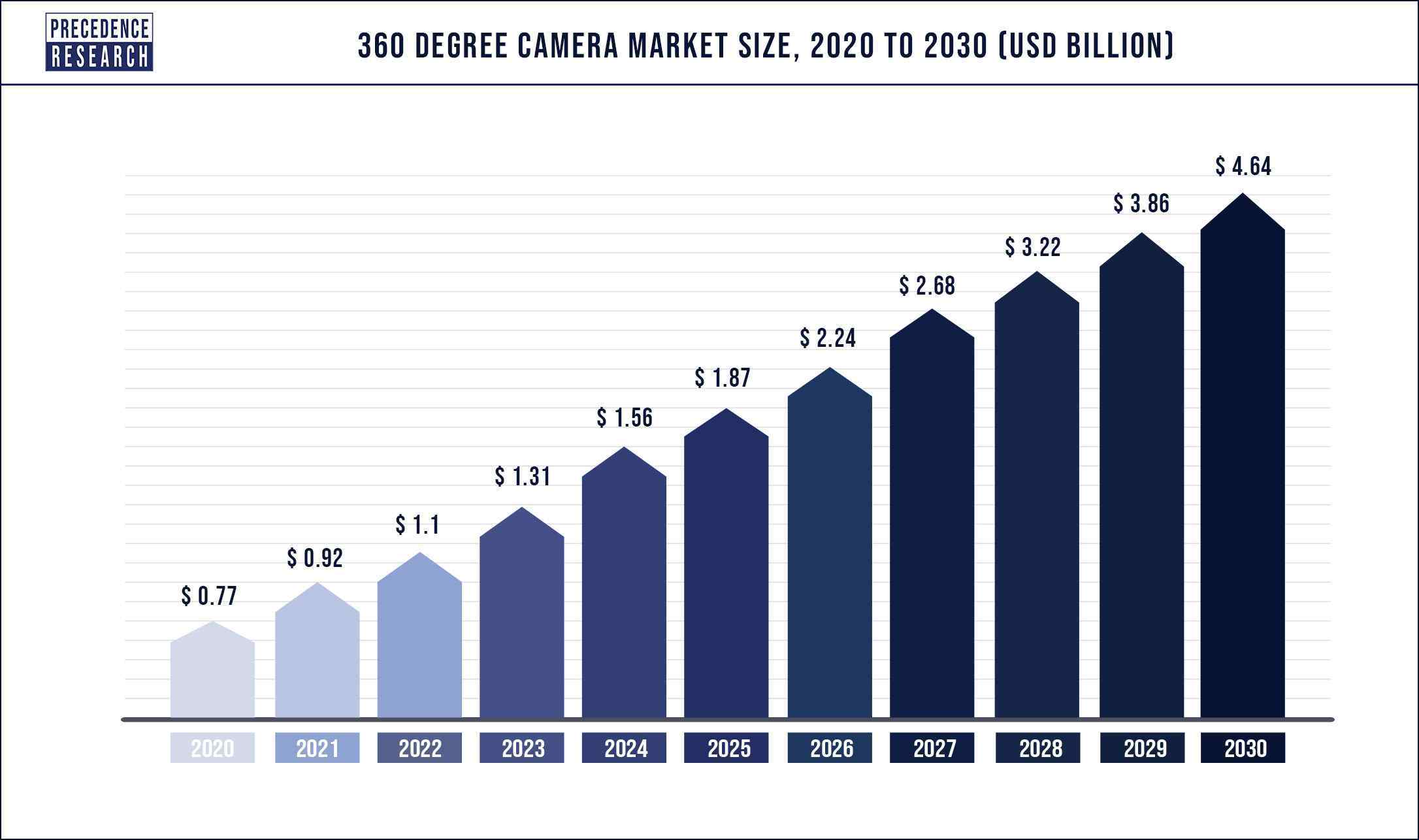 The multiple lenses are arranged next to each other in round shaped gear in a traditional 360 degree layout to get comprehensive coverage of the surrounding. For larger sets, the spacing between the 360 degree cameras doesn’t matter, especially when catching items from regular distances. The difficulties come most often while shooting for smaller setups and capturing objects from extremely close distances. The parallax effect is caused by the distance between the cameras, which cause picture defects. Thus, this factor is restricting the growth of the 360 degree camera market during the forecast period.

The 360 degree camera allows users to record every detail of the events and festivals for others to see. Users can simply purchase 360 degree cameras to capture a complete view of their surroundings, as these cameras are now available at low prices. As a result, this factor is creating lucrative opportunities for the growth of the 360 degree camera market during the forecast period.

Some of the prominent players in the global 360 degree camera market include:

Cancer Immunotherapy Market Size is Forecasted to Reach US$ 277.1 Billion by 2030

Industrial Enzymes Market Size Will Exceed US$ 11.02 Billion By 2030